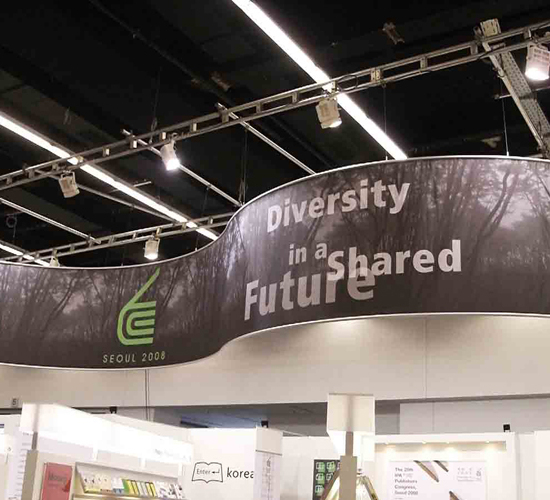 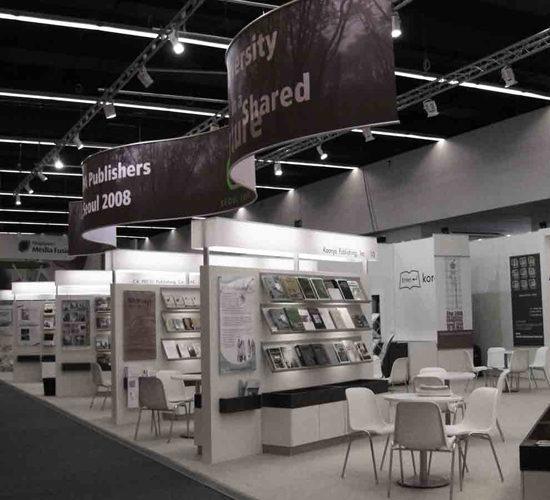 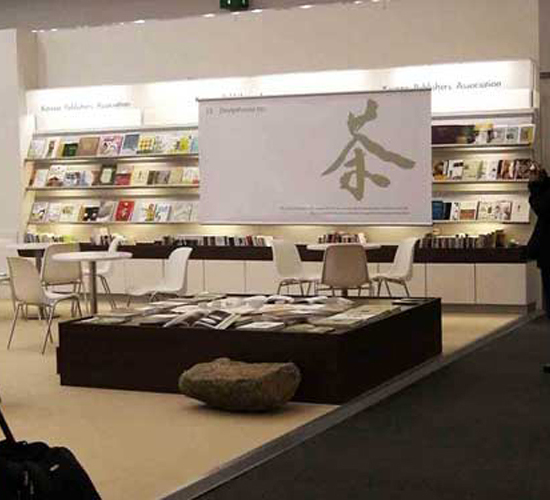 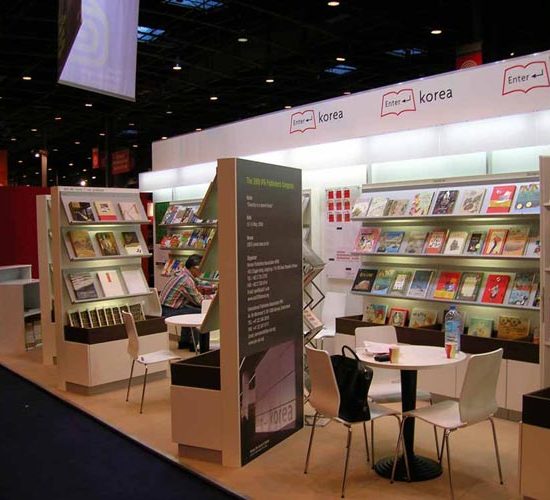 During my practical semester in 2007 / 2008, I was working
for the Korean / German company Marten where I had the chance to
design elements for fair booths and promotional events.

For the appearance of Kpa (Korean publishers association) at the Buchmesse Frankfurt ,I developed several graphic banners and presentation elements.